Effect of Humidity and Temperature on Human Sperm.

The aim of writing this article is to perform an analysis  of human sperm production  and  variation  in its quality and quantity with the change in temperature & humidity.  The result is being evaluated in term of cryopreservation and post thaw recovery.
This  study is an abstract of study of consecutive 4 years of sperm cryopreservation  at different months  of year (from  2011 to 2014) in Delhi , capital of India.
Capital of India, Delhi  has  a wide variation in  weather in the term of temperature (from 20 C  in winter to 450  C in summer). In the same way  humidity  also varies  from   2 to  80%  without rain.  In Delhi, heavy  rain is  relatively rare and humidity touches 100 percent sometime only.
For the  purpose of study we have divided the year in three parts  —-

A cryopreservation center was started approximately 30 kilometer Arial distance desert, ( Jaisalmer). Where temperature remains on higher side during 9 months of the year (300 C +).   And  most importantly, humidity remains most of the time on lower side ( less than 40%) .  Only  December , and January  remain  relatively  cold (temp less than 200 C.)   But  humidity remains on lower side. Rain is scanty in this region.
In  this area, the cryopreservation was done from March 2015 to May 2016. Total 26 donors  approached to join, out of 26,   21  were selected.  Out of 21 only 9 continued for whole course of study.
Quality of the sperm , even the result of cryo-preservation remained good enough and was almost consistent.

Significantly  we noticed in this near desert zone  —- total sperm count was on higher side in all donors.  Out of 26 donors  only one donor was azoospermic  and  four  were oligospermic, Which ( according to the study conducted) was less in comparison to  the other part of the country.
CONCLUSION
After studying all the result we concludes

Many authors has conducted this type of study on animals (cattle , boar, etc.). As it has been concluded by them also that the humidity and temperature both act together  and had negative effects on sperm morphology.
This study can be used as a tool for medical tourism enhancement for infertile couple. A couple with oligospermic  husband  can be advised to stay in such a zone where humidity is low and temperature is between 300 C to 360 C.
A further study is required on effect of temperature and humidity in female in the term of ova production and rate of conception.
REFERENCES

139 thoughts on “Effect of Humidity and Temperature on Human Sperm” 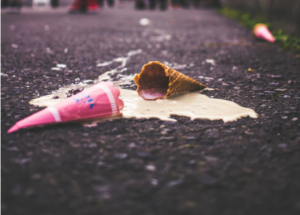