Human sperm are being preserved  with certain  indications. Donor sperm are preserved to keep it viable for longer period, quarantine to rule out some disease, etc.  Husband serum is also preserved  in certain medical condition.  In usual way  sperm  is first cryo – preserved , quarantined  followed by  Intrauterine  insemination  in either one of the  two  way.

Purpose of this discussion is to find  a third method  which theoretically & practically sound better.

Raw or Neat semen preservation
Raw  or neat  sperm is being cryo-preserved  with a cryo-preservative  media, which contain  very high  glycerol concentration (15%  v/v).

Semen is first washed by  density gradient followed by washing by  washing media.
After wash pellet is mixed  with  cryo-preservative  media, which contain  glycerol (5 to 8%  v/v).

—-  No processing is required after thawing.

—- Dead  sperms are also being inseminated.

Semen is mixed  with equal quantity of  washing media ,  incubated  for 30 minutes at 340 C.  This  semen + washing media mixture  is centrifuged over  density gradient.  Pellet is directly  dispersed in appropriate quantity  of  cryo-preservative  media, where glycerol concentration is 5 to 8%,  followed   by  freezing.

—-    Final  content don’t have cryo-preservative media.
—-    Final  content are free from silica particle.
—-    Dead sperms & leucocytes are separated before freezing, therefore  possibility
of  ROS generation is minimum during  freezing and centrifugation.
—-    Most of the microorganism  are separated  prior to preservation.
—-    Practically we got less dead cell by this method. 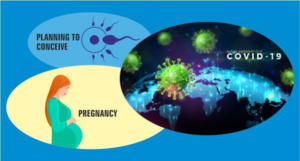 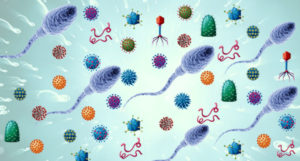 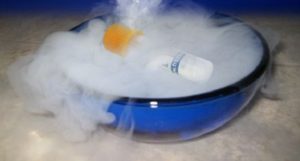